Ruth: Old mining town now swallowed up by pit mine 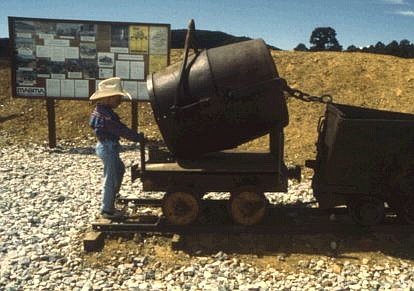 Courtesy of the Nevada Commission on Tourism The Ruth pit overlook is the best place to get an idea of the immense size of the area&#039;s copper pits. The overlook is about a mile from the town.