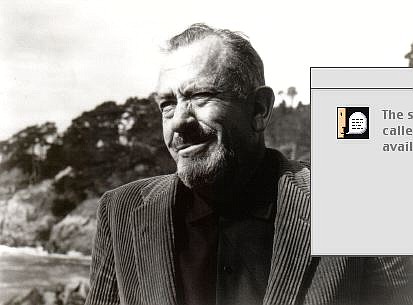 Provided by Steinbeck Center John Steinbeck reportedly wrote his first book when he was in his early 20s while living at Lake Tahoe.