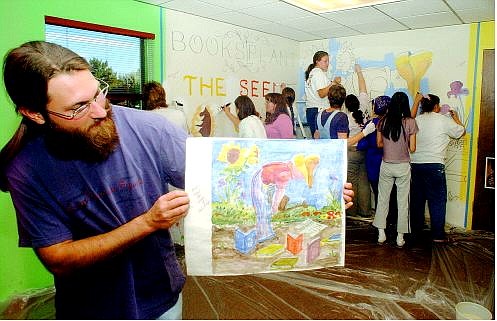 SETH MEYER/Nevada Appeal Cory King, youth services librarian at the Carson City Library, holds up the illustration done by Dale Mower on which the new library mural is based.