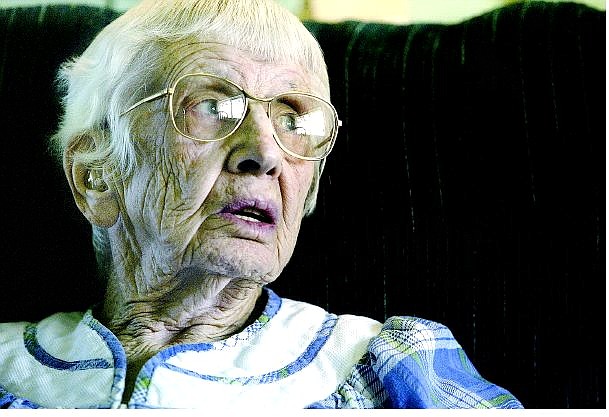 Lula Kendall talks about her life in Silver City. She could see the bell tower of the old school from the window of her home.