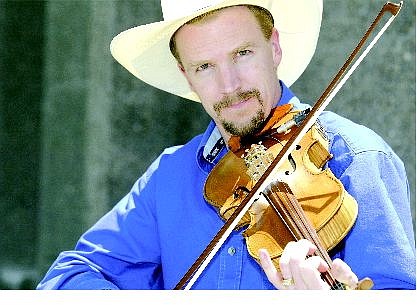 Randy Pollard of Minden fiddled his way to the top in the Nevada state fiddling championship in June. Photo provided