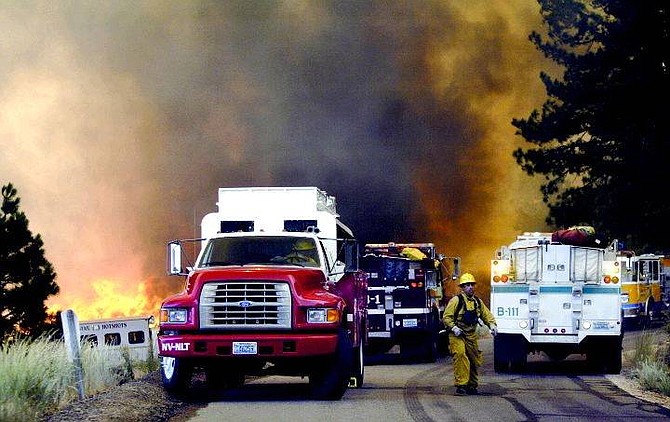 Cathleen Allison/Nevada Appeal Fire crews scramble to get out of Kings Canyon after the Waterfall Fire took off Wednesday afternoon, destroying several fire trucks and homes in the area.