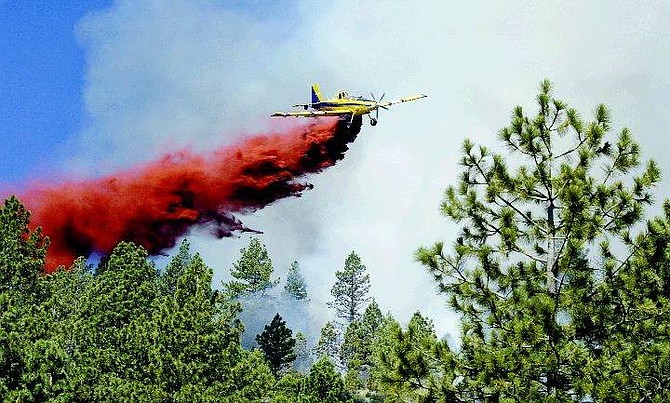 Cathleen Allison/Nevada Appeal A single-engine air tanker makes a drop in Kings Canyon as part of the effort to fight the Waterfall fire.