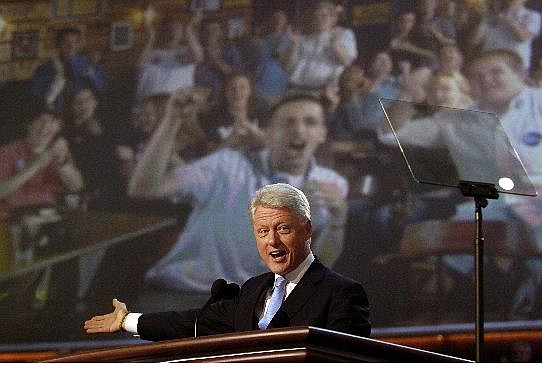 Associated Press Former President Bill Clinton speaks to delegates during the Democratic National Convention at the FleetCenter in Boston Monday.