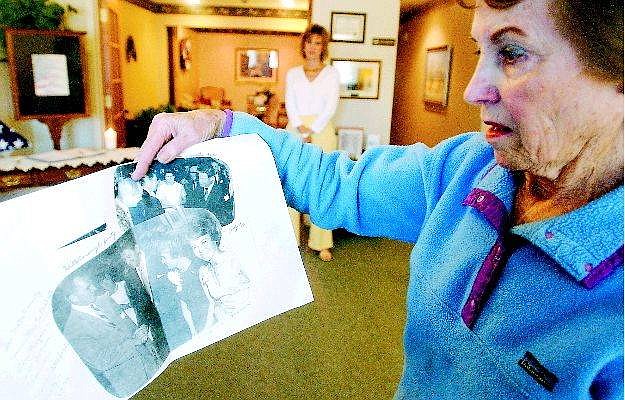 BRAD HORN/Nevada Appeal Marian Setterfield hold up a photo of Ronald and Nancy Reagan, center bottom, at a fund-raiser in Hillsborough, Calif., in 1970. Setterfield is pictured at the bottom right. FitzHenry&#039;s funeral service assistant Mona Smolenski stands at the back while the Reagan memorial is set to the left of her.