Local, visiting athletes step it up for sick and twisted stunt show 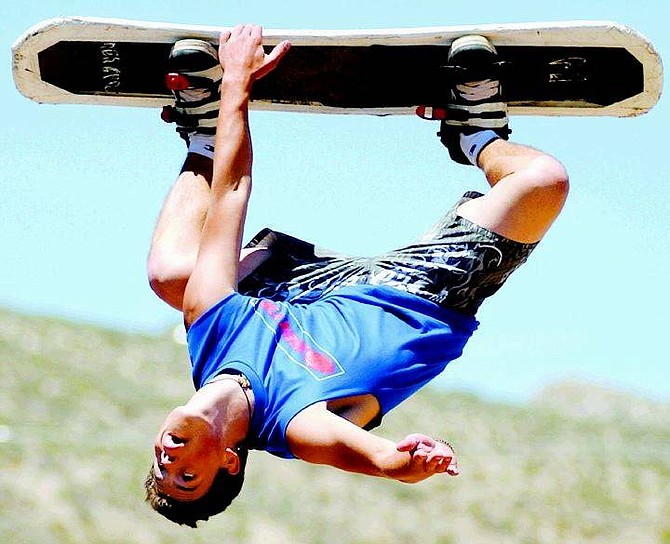 BRAD HORN/Nevada Appeal Dan Pera, a stunt man with Xtreme Air, performs a backflip on a snowboard at the Xtreme Air show at Fuji Park on Saturday afternoon.