Mountain men, gunslingers and lots of food at Mills Park 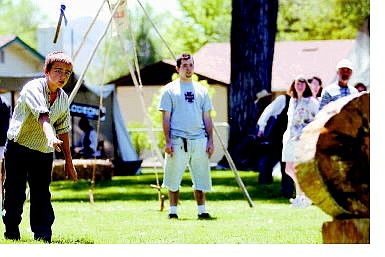 BRAD HORN/Nevada Appeal Kurtis Neilson, 11, of Sheridan, Calif., throws an axe at Mills Park during the Rendezvous on Saturday morning.