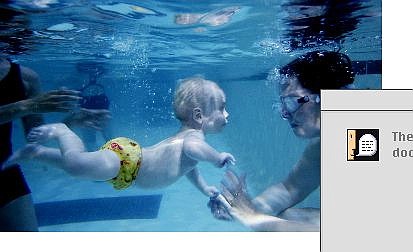 Associated Press Merel Adriaanse, 7 months old, is propelled through the water by a &#039;waterbabies&#039; instructor, left, and into the arms of her mother Frederieke Adriaanse, right, June 2 during an infant swim class in Bellevue, Wash. As the country&#039;s population of overweight children swells, parents are flocking to baby exercise classes around the nation where tots as young as 1-day-old can start getting fit.