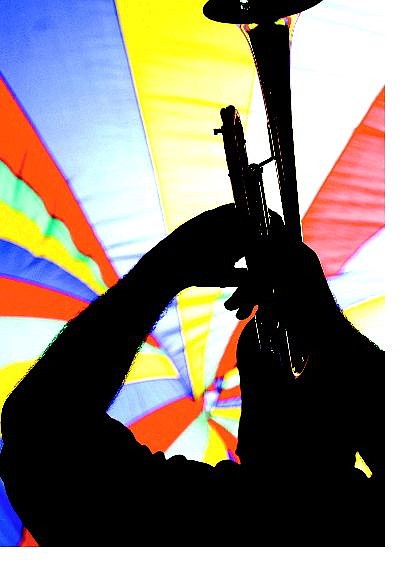 BRAD HORN/Nevada Appeal Tony Injayan of Carson City plays the trumpet during &#039;Strike Up the Band,&#039; with words by Ira Gershwin and music by George Gershwin, during the Carson City Symphony&#039;s performance of its annual Pops Party Concert at the Governor&#039;s Mansion Sunday.