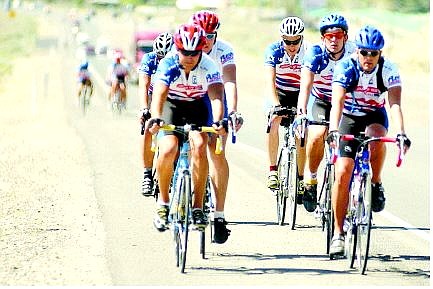 BRAD HORN/Nevada Appeal Cyclists ride north along Highway 395 Thursday heading into Carson City during the Journey of Hope 2004 cycling trek that began in San Francisco and ends in Charleston, S.C.