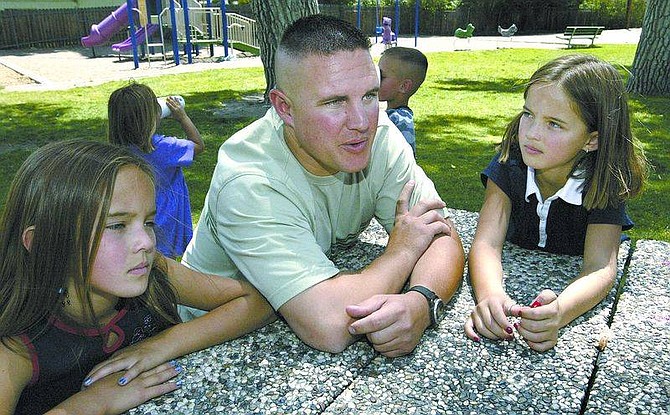 Cathleen Allison/Nevada AppealBrian Morton sits with his 10-year-old daughters Alyssa, left, and Hailey at Mills Park Tuesday. His younger children, Sierra, 4, and Collin, 6, play in the background. Hailey must undergo life-saving heart surgery in July, and Morton doesn&#039;t qualify for catastrophic leave. His co-workers are trying to raise money to help the family.