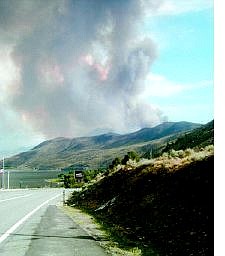 Smoke billows from the Cole Complex above the mountains south of Topaz Lake on Saturday afternoon.