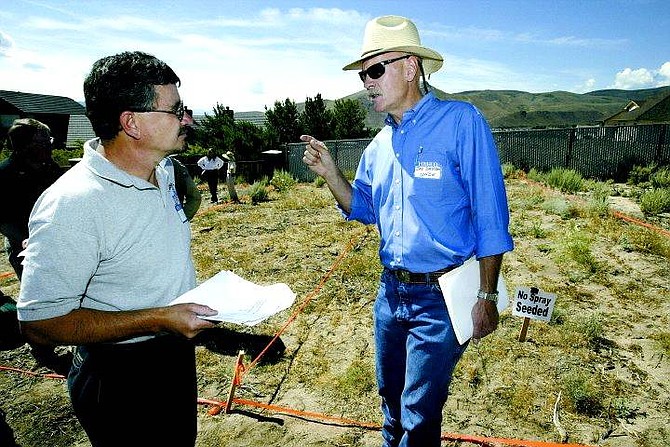 Cathleen Allison/Nevada Appeal University of Nevada, Reno Cooperative Extension plant and soil specialist Jay Davison, right, talks to Jerry Pieretti of the Carson City Fire Department Wednesday at test plots near Wellington Crescent where Davison has been studying the effects of a herbicide on cheatgrass.