Saddam Hussein refuses charges against him in first court appearance 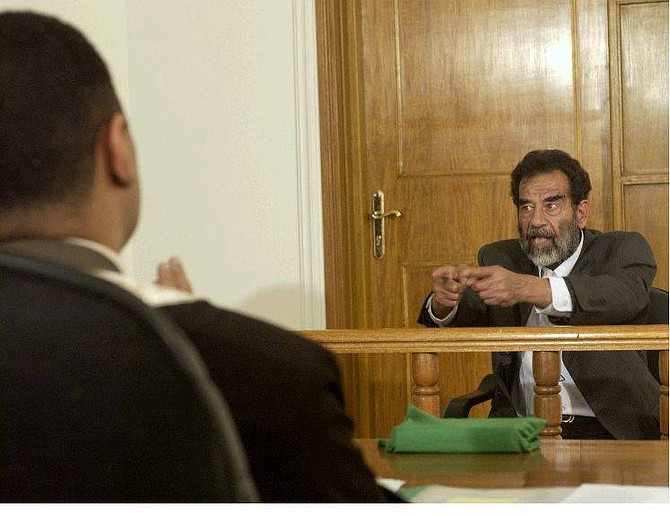 In this image cleared by the U.S. military former Iraqi President Saddam Hussein appears in a courtroom at Camp Victory, a former Saddam Palace, on the outskirts of Baghdad, Iraq Thursday, July 1, 2004. (AP Photo/Pool)