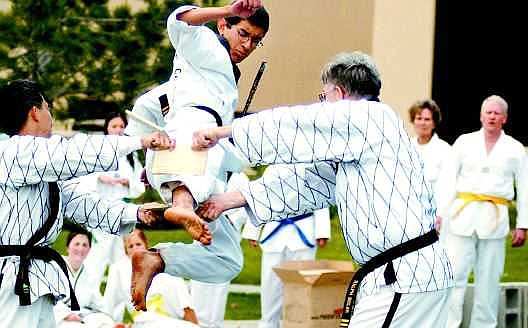 Edwin Seiler, 15, a second-degree black belt completes a flying kick in a Tai-Kwon-Do demonstration at the Multicultural Festival at Western Nevada Community College on Saturday.