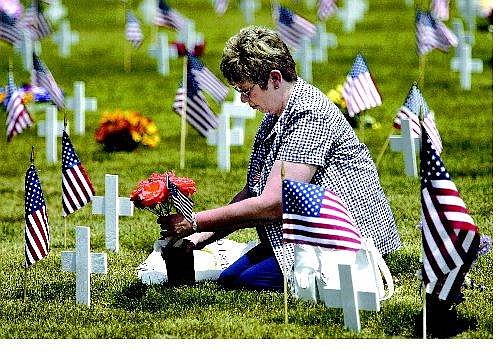 Cathleen Allison/Nevada Appeal Linda Wilson, of Carson City, puts fresh roses on her husband Donald&#039;s grave at the Lone Mountain Cemetery Monday. Wilson served as an Army medic and was one of many veterans honored during Memorial Day ceremonies around the country.