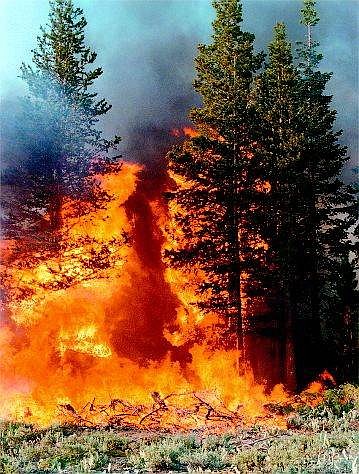 Fuels on the ground can help wildfires reach into trees, then spread quickly.