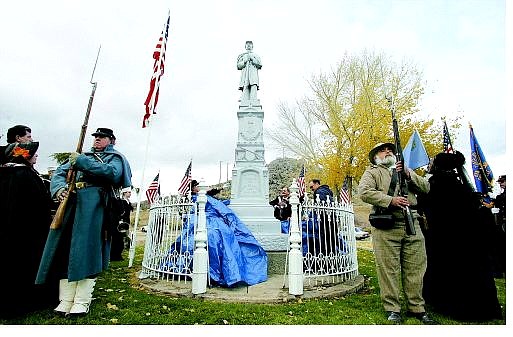 BRAD HORN/Nevada Appeal Thomas Lynch, from left, and Larry Steinberg stand guard at the site of the Civil War statue during its dedication at the Lone Mountain Cemetery in Carson City on Thursday.