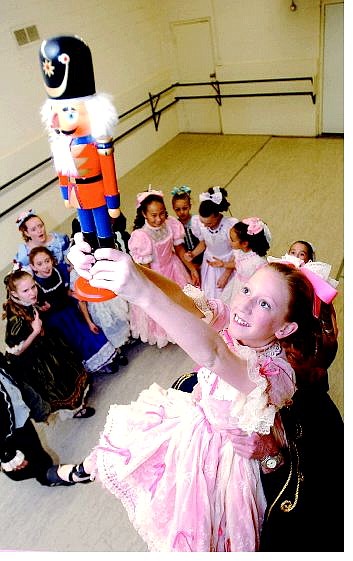 Rick Gunn/Nevada Appeal Britney Eichenberger, 12, portrays Clara during a dress rehearsal of the play at the Pinkerton Academy of Dance on Friday afternoon.