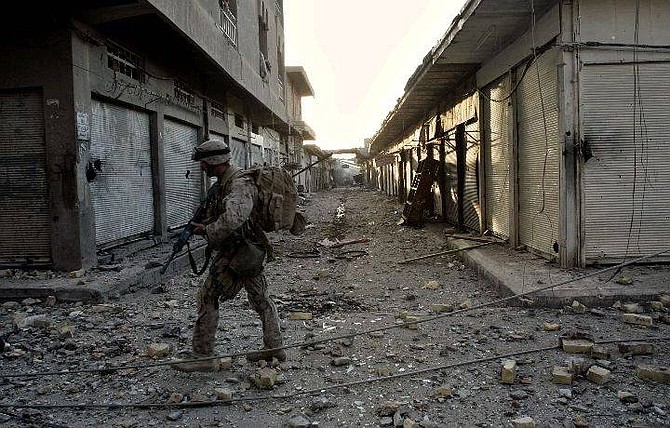 A US Marine of the 1st division walks through the deserted western part of Fallujah, Iraq, Monday, Nov. 15, 2004. U.S. ground forces were trying to corner the remaining resistance in the city. (AP Photo/Anja Niedringhaus)