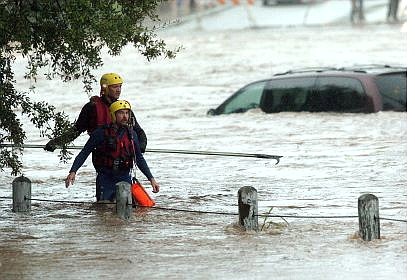 AssociatedPress San Antonio Fire Department personnel search an area around a flooded van along Henderson Pass at Lorence Creek Park after a man was reported missing from a van that became stuck in high water Monday in San Antonio.