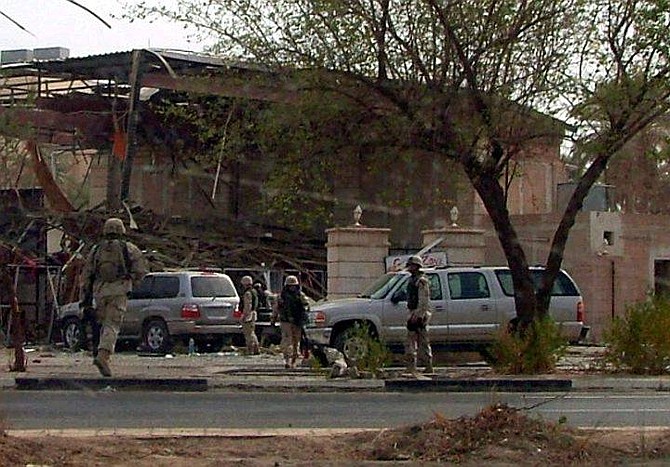 U.S. Army soldiers rush to the scene after &quot;hand-carried &quot; explosives went off at a cafe shop inside the &quot;Green Zone&quot; in Baghdad, Iraq, Thursday, Oct. 14, 2004. Insurgents set off &quot;hand-carried&quot; explosives at a bazaar and cafe in Baghdad&#039;s Green Zone, killing eight civilians and wounding a number of others in the heavily guarded compound that is home to the U.S. Embassy and Iraqi government offices, officials said. (AP Photo/Stuart Francis)