U.S. Marines push ahead with air, ground assaults against Fallujah 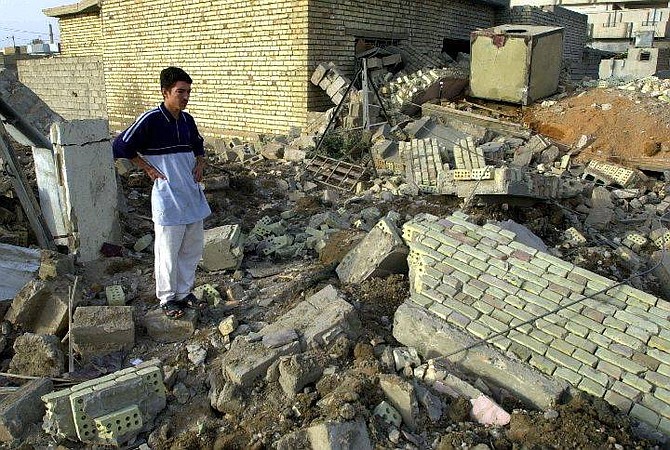 An Iraqi man reviews the damage after a house collapsed following an US military airstrike on Fallujah, west of Baghdad, Iraq, Friday, Oct 15, 2004. By sundown Friday, witnesses reported a series of new airstrikes in the southern and eastern part of the city. According to residents Fallujah has been sealed off by American troops, who prevented residents from leaving the area. (AP Photo/Bilal Hussein)