Officials suspect infiltrators may have set up killing of 50 soldiers 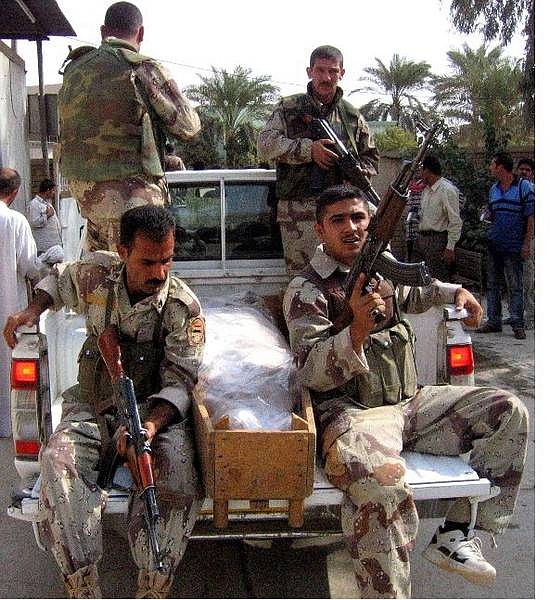 Iraqi national guardsmen arrived with a body of a killed comrade to the morgue in Baqouba, north-east of Baghdad, Iraq, Monday, Oct. 25, 2004. The bodies of about 50 Iraqi soldiers were found on a remote road in eastern Iraq on Sunday. (AP Photo/Sami Aburaya)