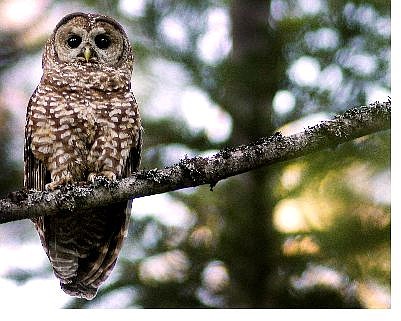 The Associated Press A California spotted owl sits on a perch in the Tahoe National Forest.