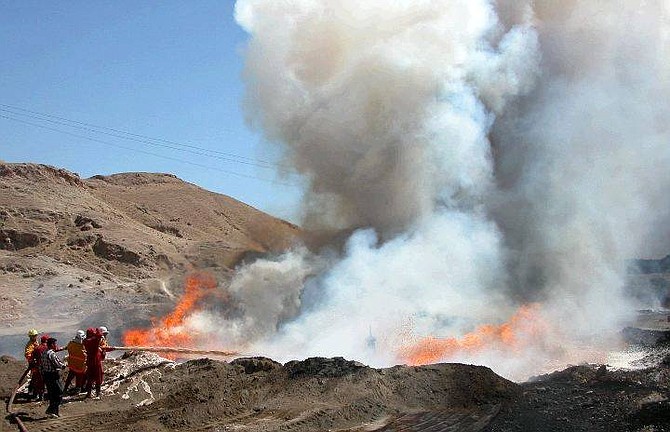 Firefighters try to contain an oil pipeline fire after an attack by insurgents near Beiji, 250 kilometers (155 miles) north of Baghdad, Iraq, Tuesday Sept. 14, 2004. Saboteurs blew up a junction where multiple oil pipelines cross the Tigris River in northern Iraq on Tuesday, setting off a chain reaction in power generation systems that left the entire country without power. (AP Photo/Yahaya Ahmed)