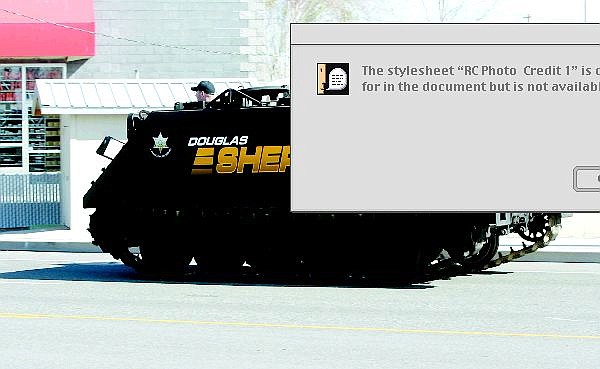 Shannon Litz/Appeal News Service An Armored Personnel Carrier patrols the scene of an early morning shootout at Kingslane Mobile Home Park in Gardnerville on Saturday. One man is dead and a deputy wounded.