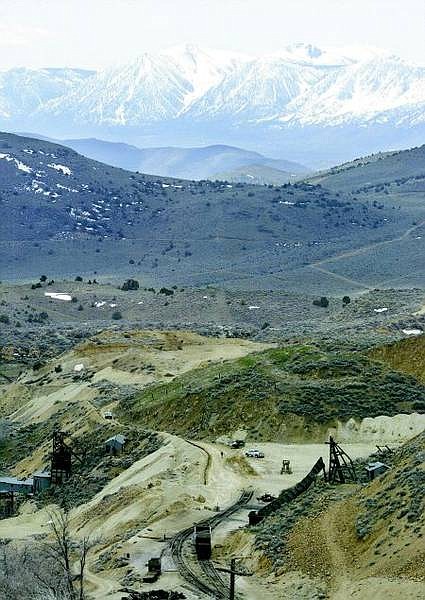 Cathleen Allison/Nevada Appeal Granite Construction will begin excavating for the V&amp;T Railroad project in Gold Hill this week. The large hill at center will be excavated and the dirt used to fill a section on the side of the Overman Pit to allow for the V &amp; T Railroad tracks to be built.