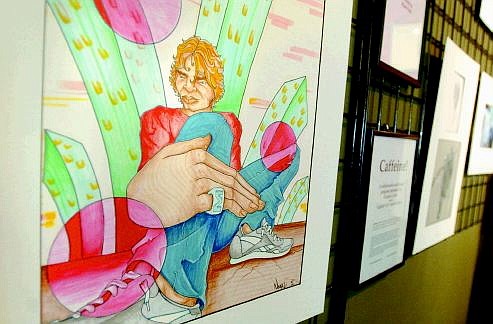 Rick Gunn/Nevada Appeal A drawing by former Carson High School student James Nagel will be on display all month as part of the Caffeine Gallery exhibit at Comma Coffee.