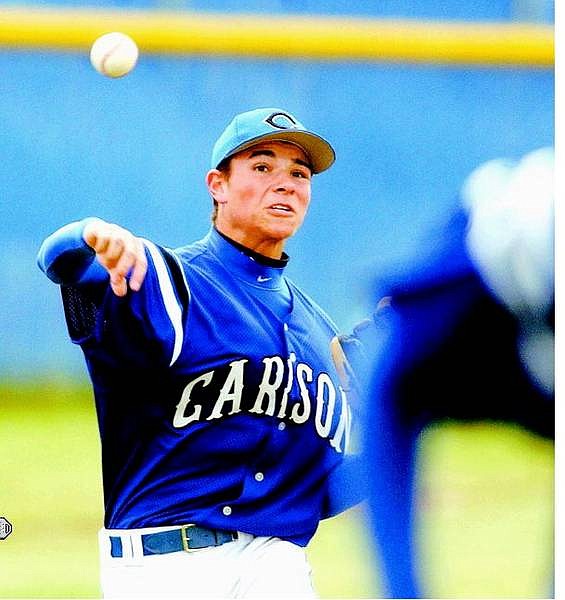 BRAD HORN/Nevada Appeal Carson&#039;s Logan Parsley throws to first base in the first game of the Senator&#039;s doubleheader against North Valleys at Ron McNutt Field Saturday.