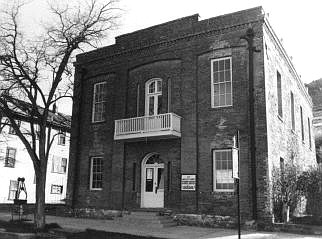 Erected in 1872, Pioche&#039;s &#039;Million Dollar Courthouse&#039; cost nearly $1 million by the time it was paid for - due to corruption and mismanagement. Richard Moreno/Special to the Appeal