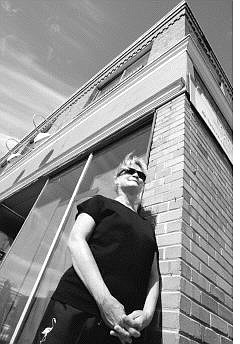 Chad Lundquist/Nevada Appeal Sharon Slater, one of four owners of the Daddy Dicks Blues Club, stands in front of the building at 303 N. Carson St. on Monday. The club hopes to be open by the end of October.