Landowner pleads with city to beat developers to the punch 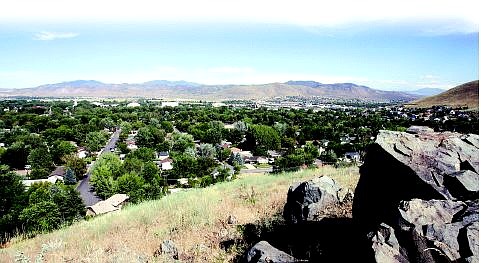 Chad Lundquist/Nevada Appeal West Carson City resident Patricia Potter is considering selling this 20-acre hill overlooking the city. She would prefer to sell it to the city for recreation purposes.