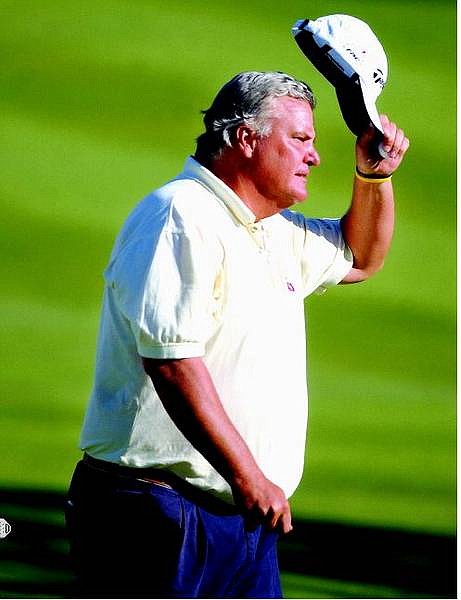 BRAD HORN/Nevada Appeal Guy Boros finished the day at 5 under par during the first round of the Reno-Tahoe Open at Montreux Golf &amp; Country Club.