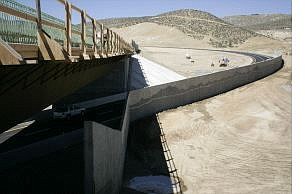 Chad Lundquist/Nevada Appeal Motorists began driving on the northernmost portion of the freeway on Aug. 26.