As hospital begins new life, so does baby Kiley 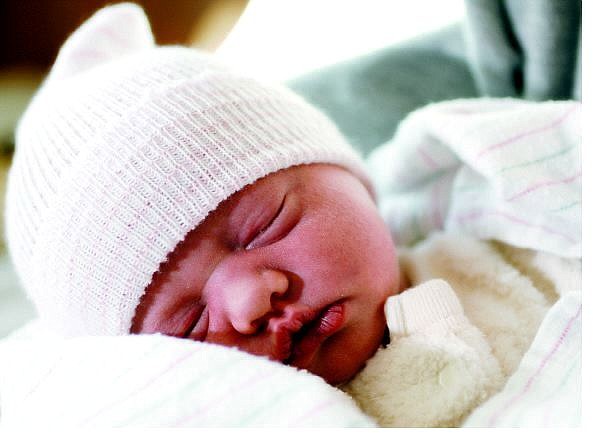 Photos by Chad Lundquist/Nevada Appeal Six-pound, 12-ounce Kiley McGrew rests peacefully in her father&#039;s arms on Sunday morning. Kiley was born to Will and Brooke McGrew of Carson City at 4:13 p.m. Saturday, a little more than eight hours after Carson Tahoe Regional Medical Center opened its doors, making her the first baby to be born in the new building. Below, Brooke McGrew holds Kiley while dad, Will, and grandmother Christy McGrew watch on Sunday morning.