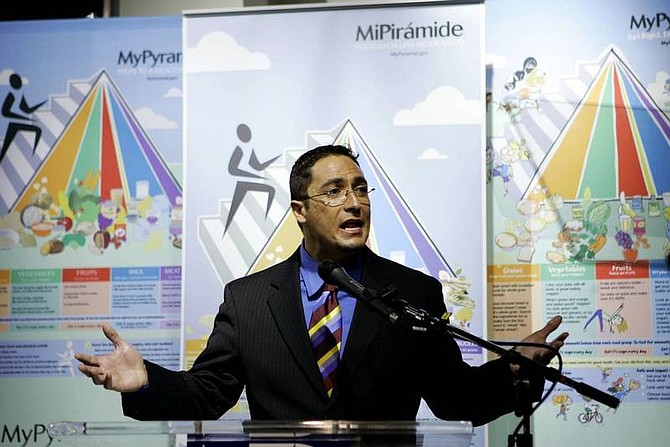 J. Pat Carter/Associated Press Roberto Salazar, administrator of the Food and Nutrition Service of the U.S. Department of Agriculture, announces Wednesday in Miami that his department has launched the Spanish-language version of the MyPyramid.gov., an online guide designed to help Americans live healthier.