Number of women in prison on the rise 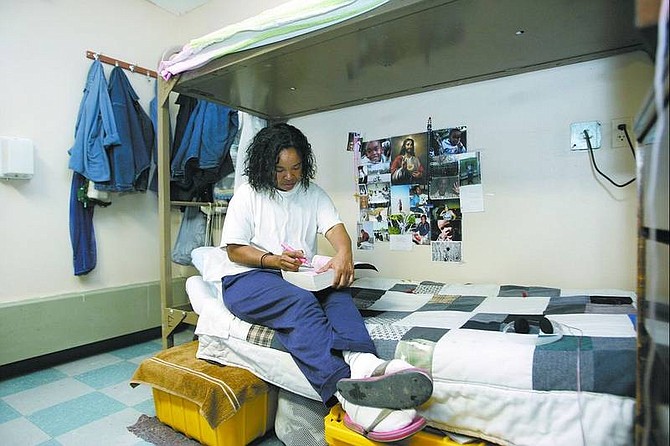 Cathleen Allison/Nevada Appeal Avonne Hardaway reads a Bible at the Silver Springs Conservation Camp Friday morning. She is among the growing population of women inmates in Nevada and across the country.