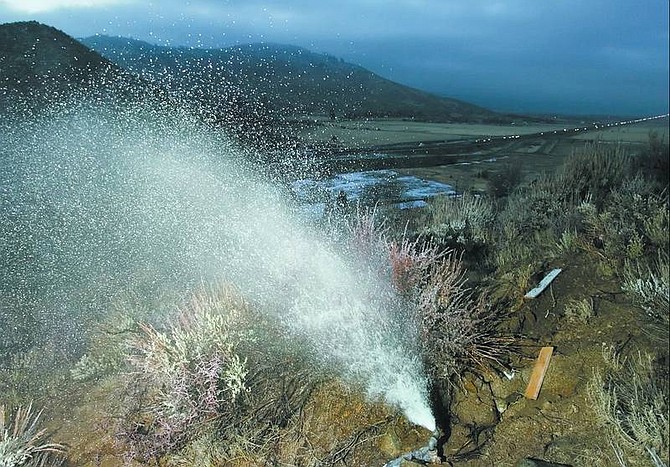 Chad Lundquist/Nevada Appeal Water erupts from a pipe off of the Duck Hill Road area of North Carson on Monday.