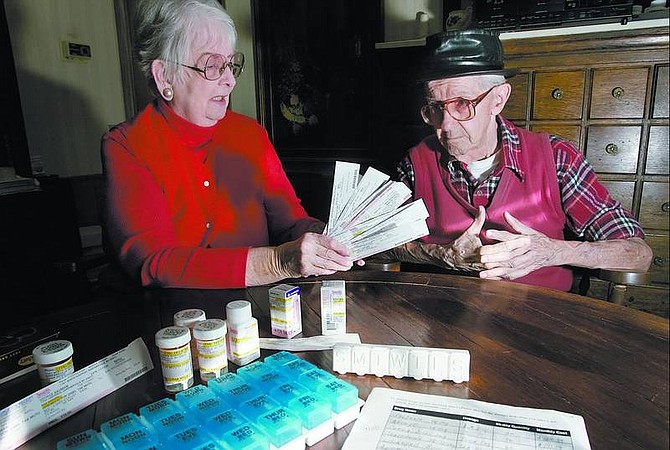 Chad Lundquist/Nevada Appeal Pauline and George Bauman, of Gardnerville, sit in their home on Sunday and look through prescription receipts from the past month. The Baumans are having to wait to fill prescriptions because of problems with the federal Medicare prescription plan.