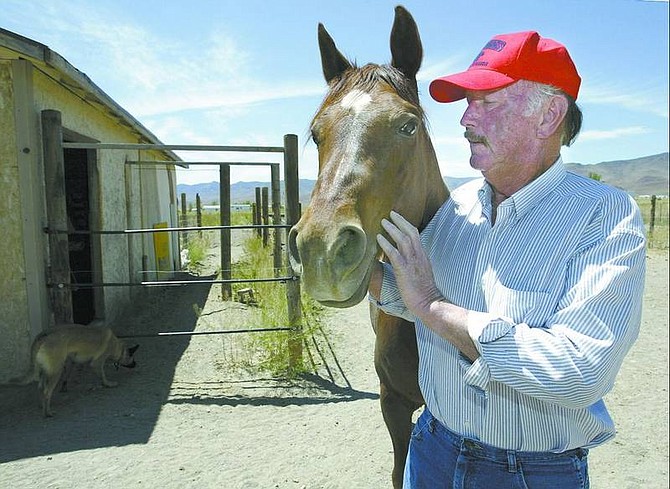 Cathleen Allison/Nevada Appeal File Photo Larry McPherson talks to his horse, Sundown, at his Stagecoach ranch. McPherson is president of the Nevada Division of the National Pony Express Association.