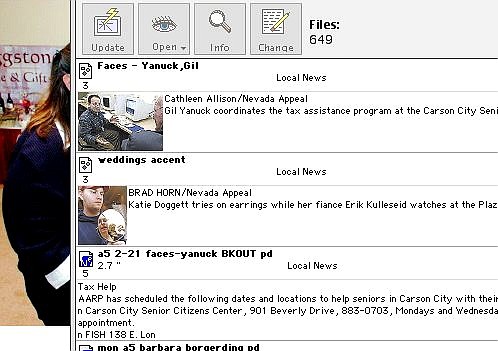 BRAD HORN/Nevada Appeal Katie Doggett, left, jokes with her fiance Erik Kulleseid, and Cindy Ceragioli at the Plaza Hotel Sunday. Ceragioli is the sales and marketing manager for the property and was explaining some wedding options to the Reno couple during the Weddings of the West Bridal Fair and Rosewood Chapel open house.