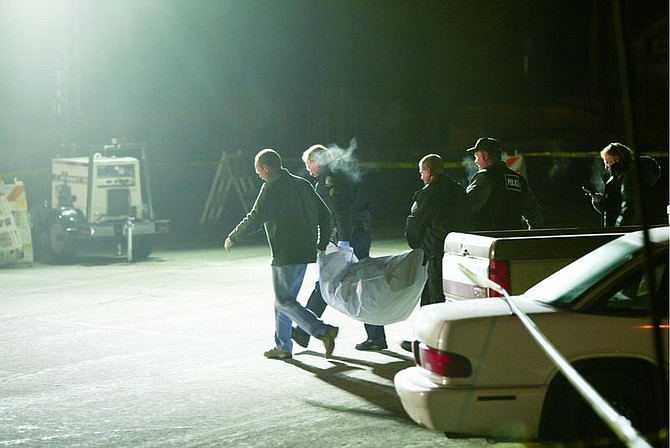 Photo by Josh Miller/Sierra SunTruckee police carry the body of a woman found in a parking lot in Tahoe Donner on Monday.