Fight against homelessness and hunger 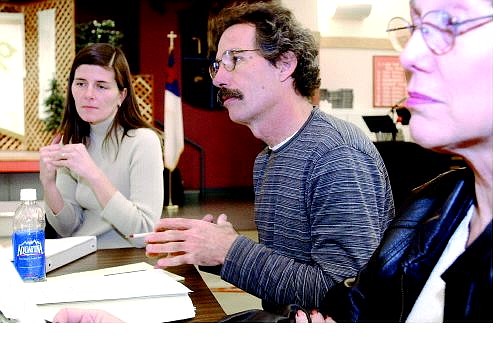 Rick Gunn/Nevada Appeal Sean Griffin, center, from the Community Chest in Storey County listens to a speaker discuss homelessness and hunger during a coalition meeting at the First Presbyterian Church on Wednesday. The group is trying to make the public more aware of youth hunger and homelessness in the area.