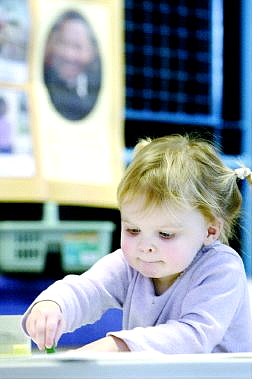 Cathleen Allison/Nevada Appeal Katie Hale, 2, of Minden colors at the Children&#039;s Museum in Carson City on Monday as part of the crafts and educational activities for the Martin Luther King Day celebration.