At 100, Sweden's oldest twins say turnip is one key to long life 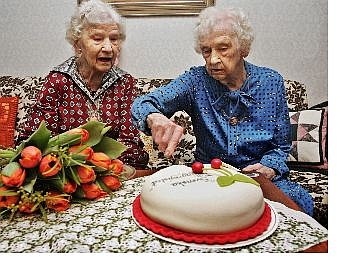 Twins Gunhild Gaellstedt, left, and Siri Ingvarsson cut their 100th anniversary birthday cake in Stockholm, Sweden, Friday. Sweden&#039;s oldest living pair of twins, they still do all their shopping, cooking and cleaning by themselves. Associated Press